In the project SpielRaum (literally ’space of play’ in German, but ’Raum’ also implies range, room, and scope) described in this paper we developed a series of digital games for a hybrid VR environment that incorporates a single user display and a 360 degree projection environment for multiple users. These experimental projects aimed at exploring collaborative play utilizing different perspectives on a common virtual space and the corresponding interaction possibilities that result from the respective type of display platform. In particular, we employed motion tracking within the CAVE environment to allow body movements as an interface and built upon the head tracking capabilities of the VR glasses for individual investigations of the 3D scene.

In Coral Rift players navigate a ship through dangerous waters. The game is played by any number of players who fit into the virtual reality cave as crew and one more player, the captain, who functions as a lookout in a crow’s nest. A lookout is the person on ships who is responsible to watch the sea for obstacles, storms, land or other ships, warning others if there is danger. Crow’s nest is a partly enclosed platform high on the mast of a ship for use as a lookout. In Coral Rift the crew players are interacting in the CAVE, which is set up in a 2-1-2 projector combination. The longer projection walls of the CAVE - with 2 projectors each - are the ship’s left and right side, the short projection wall of the cave is the front. The backside of the cave is left open for audience members to watch and cheer. The captain wears the VR headset and sits on a swing set, which is hanging in an elevated position to improve the immersion of the captain and his communication with the crew. The ship rotates left or right according to the number of players who are standing on this side of the interaction space. The position and the number of the crew is tracked by the infrared cameras on the ceiling. The ship accelerates or decelerates if the crew is staying closer to the front or back side of the interaction space. The ship is moving across the sea in a region full of treasures, dangerous objects, reefs and rocks. The players’ common task is to move the ship, avoiding the obstacles and collecting treasures towards achieving a high score. To master these goals players have to collaborate and coordinate each other’s actions. The captain player has an elevated sight and can see oncoming dangers, like rocks and reefs, from above. His task is to communicate obstacles to the crew and make decisions regarding the right direction and timing. The task of the crew is to communicate with each other and with the captain in order to navigate the ship, avoiding dangers and collecting bounty. The game is over when the ship has taken too much damage or when it reaches the destination.

Villa la Vida is a collaborative virtual reality horror game. The game is played by two players in a haunted mansion (villa) setting. One of the players (wanderer) is in a closed CAVE with all of its long and short sides used for projections (6 projectors). The projection shows the room of the mansion in which the player is currently standing. The other player (seer) is wearing the VR glasses. She or he is standing outside of the cave, but is able to see the virtual world from the same point of view as the player inside the CAVE. The wanderer, tracked by cameras from the top, can move between virtual rooms by approaching (projected) doors. But she or he cannot see many important game elements. These elements are only visible to the second player with VR glasses.

The aim of the game is to solve puzzles in the haunted building in order to escape and thereby avoid the dangerous ghost following the player(s). This can be achieved by finding three keys for the locks on the exit door of the villa. To collect the keys, the player in the CAVE has to find and position him/herself in front of particular paintings. Depending on the perspective/viewing angle of the wanderer towards the painting, the seer can see layered parts of the painting (as in parallax scrolling) shifting in relation to each other, such that the painting is only fully visible from exactly one position. Seer and wanderer need to interact with each other to ultimately find this position, which will lead to one of the three keys. At the same time the players are hunted by a ghost. Again, the ghost can only be seen by the seer, such that the communication between two players is crucial to complete the tasks.

This immersive installation is based on a realtime space simulator displaying an asteroid belt with a large amount of objects orbiting a sun. The sun acts as a dynamic center of gravitation that can be controlled by users with the help of a tracking system. Furthermore, it allows users to experiment with gravity in order to see how their interaction manipulates all objects in space. 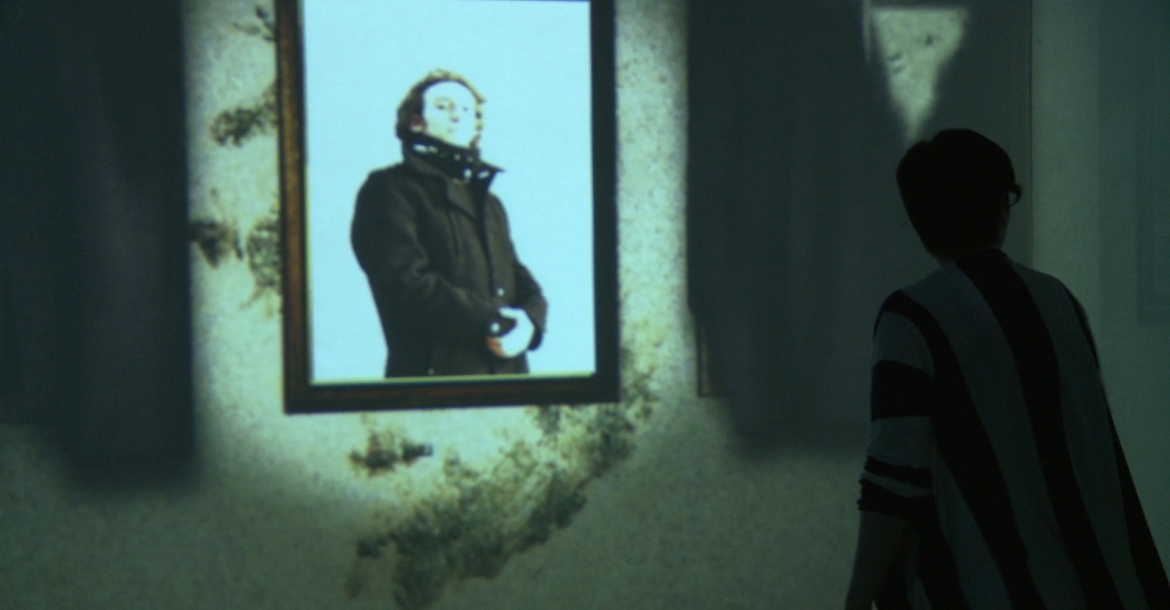 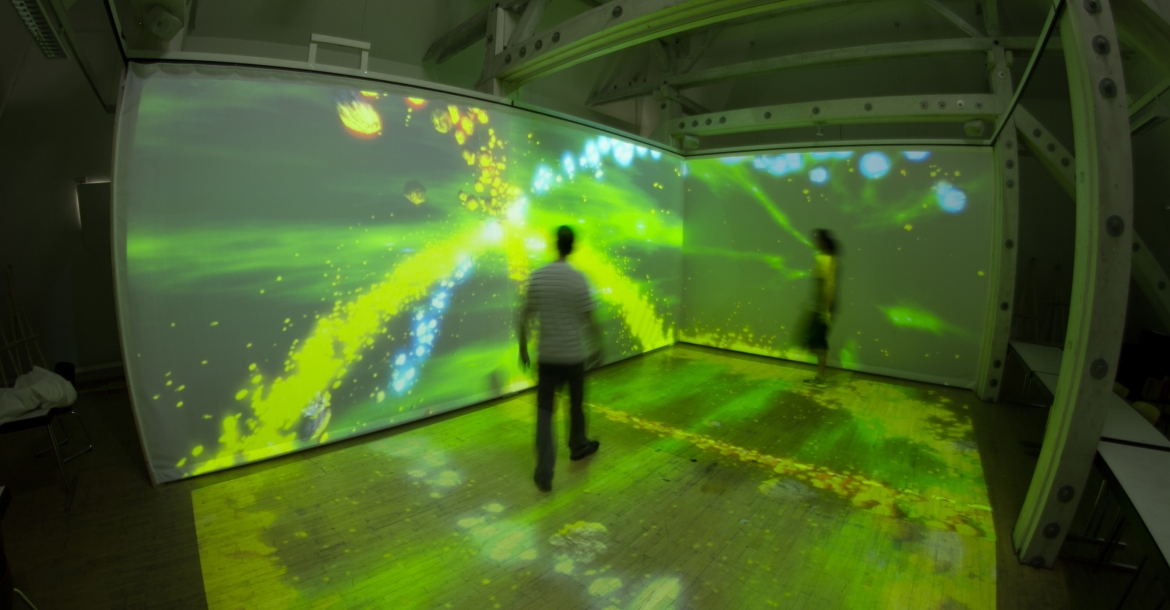 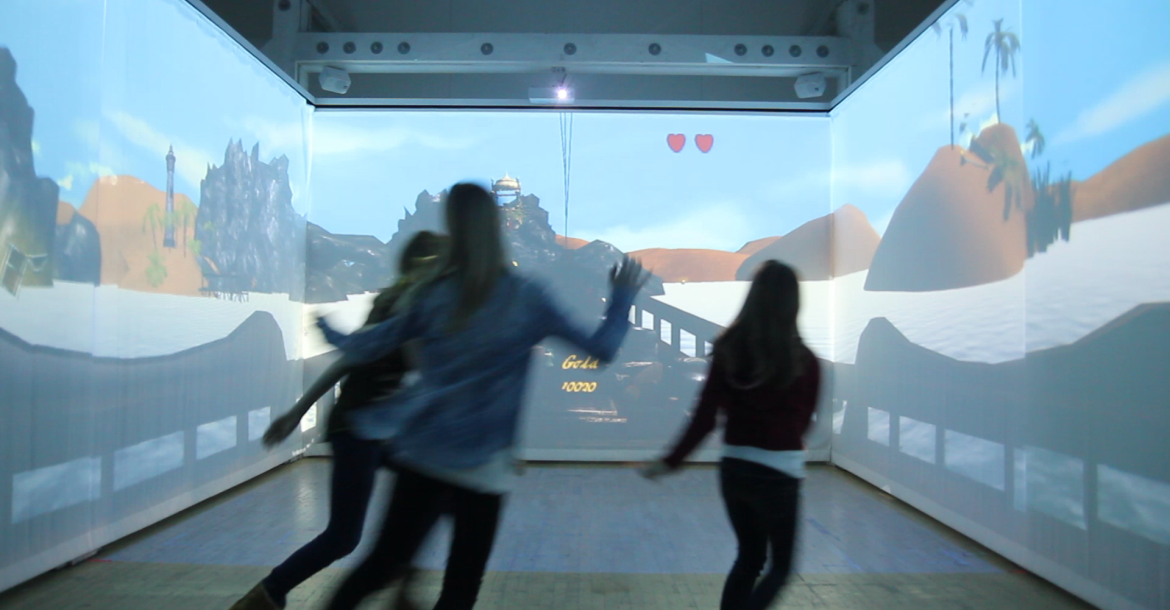 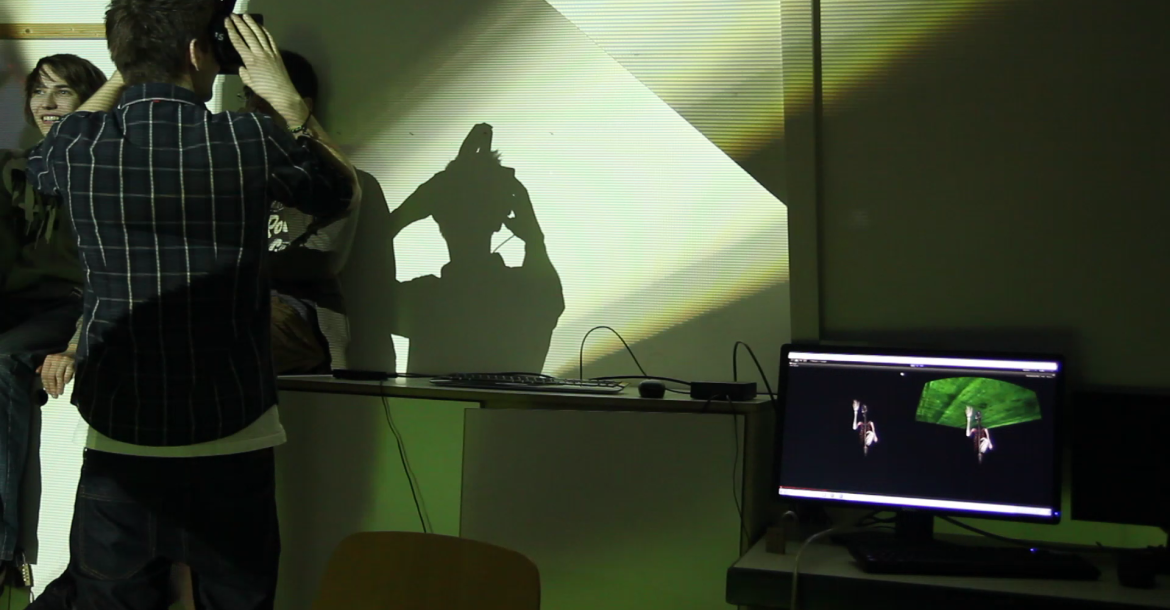